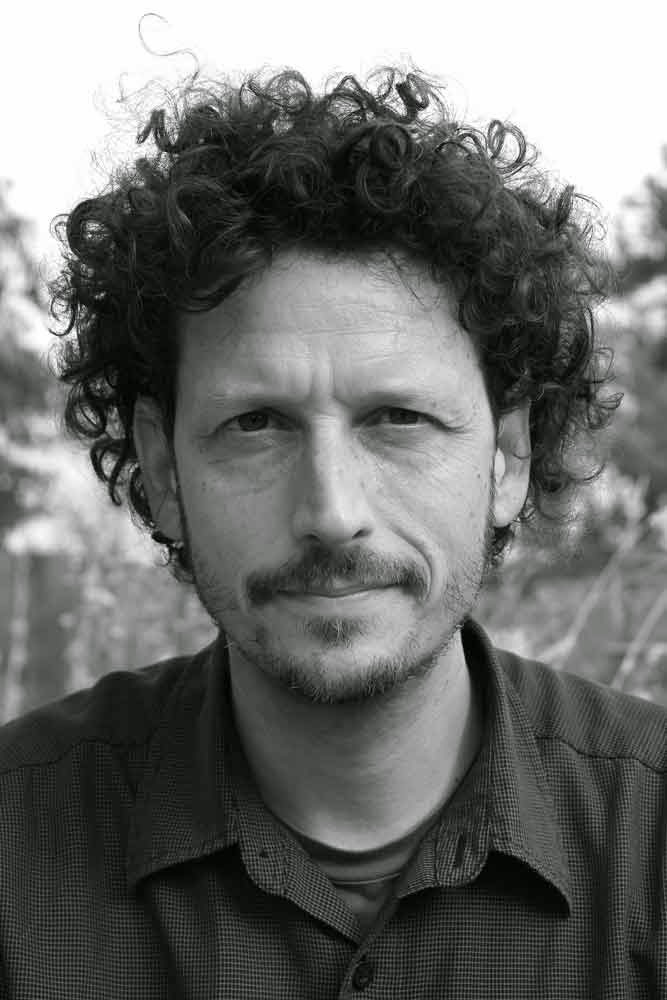 About seven years ago, we launched this blog as way to do more of what we love to do, talk about books and share them with readers. We quickly saw it was an opportunity to connect authors and readers through author interviews. (Well, and as an opportunity to get our questions answered, of course.) Just about the same time we were launching our blog, Ben Parzybok’s debut novel, Couch, came out from Small Beer Press and Ben became our very first author to be interviewed on our blog. Ben’s second novel, Sherwood Nation, came out this fall as the store was also celebrating its 10th anniversary so we decided to touch base with him again.

Set in Portland Oregon after a massive drought has crippled American society west of the Mississippi, Sherwood Nation is a different kind of dystopian novel. No magic. No zombies. No tyrannical overlords ruling with iron-fists and tournaments. It brings a fascinating realism to the genre, creating a uniquely human and tangible version of the apocalypse story. Sherwood Nation is about real people grappling with an all too real catastrophe in ways that reveal aspects of our culture today, while exploring the best, worst, and, most importantly, the vague middle between the two ideals, of what we could be.


How have you changed as a writer between Couch and Sherwood Nation?

Part of this answer is easy: I wrote the first draft of Couch during a languorous stretch of six months while I was living in Ecuador, living under incredibly cheap rent and with no job. I had the luxury of writing as many as six hours a day. Finishing Couch (editing) took longer, as these things do, but that first six months was an incredible surplus of time in which to compose.

I wrote Sherwood Nation during a five year span where I ran a startup and raised two children. I started the book after a visit to Brazil and upon my return, kept my jet-lag, waking at 5am to compose in a dream-like fog. So I flipped my natural tendency for late-night frittering to early morning writings. I wrote Couch while abroad, I wrote Sherwood Nation in the town I live. These are the surface things.

The deeper things are less easy to identify. I began this book during a period in which there was an air of doom. I started during the economic collapse, and an incredible lot of apocalyptic media was being produced (still is!). I wanted a book that tackled that, and yet fought against it, eked some hope into those visions. I wanted a big book, an ambitious book, something that came out swinging. I wanted to examine our version of democracy, and to watch how people, in hard circumstances, became resourceful and ingenious. So in general, I wanted more, and I was intent on tackling much more difficult material, and, I think, braver about doing so than I was with Couch. Is this a change for me? I don’t know. I’m working on my third book now, and the goals are less ambitious, and there’s a thread of the fantastical again.


What have you learned in that time that you applied to Sherwood Nation?

I learned a lot about myself as a writer, discipline-wise. I invented (for myself) a different style of writing — patchwork and weaving, with many POVs. A style that would allow me to work on a large project while so occupied with other things. And certainly there are family dynamics that made it into the book, whether real or spoofed (I have not yet, but at many times considered, building an extensive labyrinth of tunnels under house — though I did build a long tunnel for my rabbits recently ). 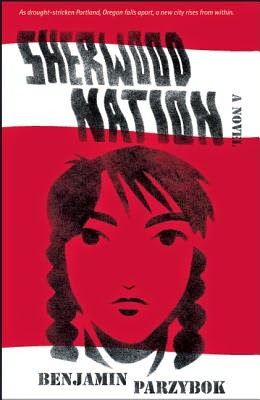 Dystopian novels are now completely mainstream, but the most popular ones tend have elements of fantasy and science fiction. Do you think there is special value in a realistic dystopia, like Sherwood Nation, or is it just a different way of approaching the same human problems?
I specifically worked against the fantastical, hyperbolic dystopias that we frequently see in order to play with versions of how I thought humans as a whole might react, and how we might re-form, under dire circumstances. A mainstay of those other books is a single hero, fighting against all odds, etc etc. While this book has a primary character, it is many characters that make up the varying shades of gray that form the community that, in my mind, does a heroic thing. That is to say, in Sherwood Nation, there’s a utopian scenario within the dystopia. For that, I felt like painting it realistically would be far more compelling.


Did Sherwood Nation start out as a drought story or did you consider a couple of other types of cataclysmic disasters?

Actually, the book was originally about a drought, a flood, and an ice storm. I was going to examine how the nature of the disaster alters our relationship to each other and to our selves. The drought was first, though, and obviously the plot wanted to go somewhere else. I didn’t realize when I started it, but droughts are orders of magnitude more complicated than floods or ice storms. You can deny a drought is even happening for the first few years (hello, California!), and then you have all the time in the world to wallow in the anxiety of it. I started the book before California’s drought, and so it’s been startling and fascinating to watch what’s happened there. Another five years and they’ll essentially be living Sherwood Nation…!


One of the interesting aspects of the character’s in Sherwood Nation is their different relationships to their vocations or even to the idea of having the vocation. Some have direct connections to their vocation, whereas other characters struggle to find theirs, while other characters have vocations, but don’t really understand them. Do you think it is important for people to have vocations? Why or why not? Does the idea of a “vocation” have different significance in a story than in real life?
Phew, that’s a good question and one I’m not sure I know how to answer. If you mean by vocation their calling — no, I don’t think it’s necessary to have a calling. That pre-supposes some kind of relationship with destiny which I’m not sure is there. Do I think it’s necessary to have passions? Absolutely. I think every attempt to root out and explore passions should be made. These are what make life enjoyable, what makes life fun and worth living. And by extension, people who think life is fun and worth living have positive influences that go way beyond their own selves. But the idea of a calling is an elusive one for me. If I ever find mine, I will write post-haste.


Don’t want to give the plot away, so I won’t be specific, but in order to have conflict and stories, something has to go wrong and they do for Sherwood Nation. Do you think the “something always goes wrong” of storytelling reflects reality? If so, how does telling and reading stories help us or not, with what goes wrong in the world?

A story in which nothing went wrong would not be much of a story. The stories we tell each other in life — for them to be re-tellable, by their very nature, there has to be tension/mishap/etc. Do stories help us manage our world? Hell yeah. See my comment below, but also: I strongly believe that novels, and perhaps particularly speculative novels, allow us a sort of decision tree for the future. We absorb them and with the power of those visions, continue to shape our world.


Can we do this without heroes and martyrs or do people always need someone or something charismatic to follow?

We absolutely need heroes! We’re a social, emulative species. We learn who we are by watching others. It is by wanting to become the people that we admire that we become admirable people. I don’t consider the world to be divided between sheep and shepherds. I think each of us is allotted with the seeds of heroism, and it’s our job to grow those into our own heroics. A martyr… on the other hand, is someone who makes the ultimate sacrifice for their heroics, and that’s a much rarer thing. I think these people have certainly shown to be useful in bringing about large-scale change in society.


And, of course, what are you reading?

I’ve got a few books going. I’m reading Alice Munro’s Runaway (I’m embarrassed to say I’ve not read her before this), Elizabeth Gilbert’s The Last American Man - a captivating non-fiction piece about a present-day mountain man. The book has a lot of astute observations on American men (and how they were shaped by a history of wilderness). Karen Joy Fowler’s We Are All Completely Beside Ourselves (wow! whew!). And finally, Goodhouse, by Peyton Marshall - a sci-fi dystopia by another Portland author who I’ll be interviewing soon. The book that I’m not reading yet but am most excited about, is Sapiens: A Brief History of Humankind, by Yuval Noah Harari…it doesn’t come out until next February in the States.